Go back to all news 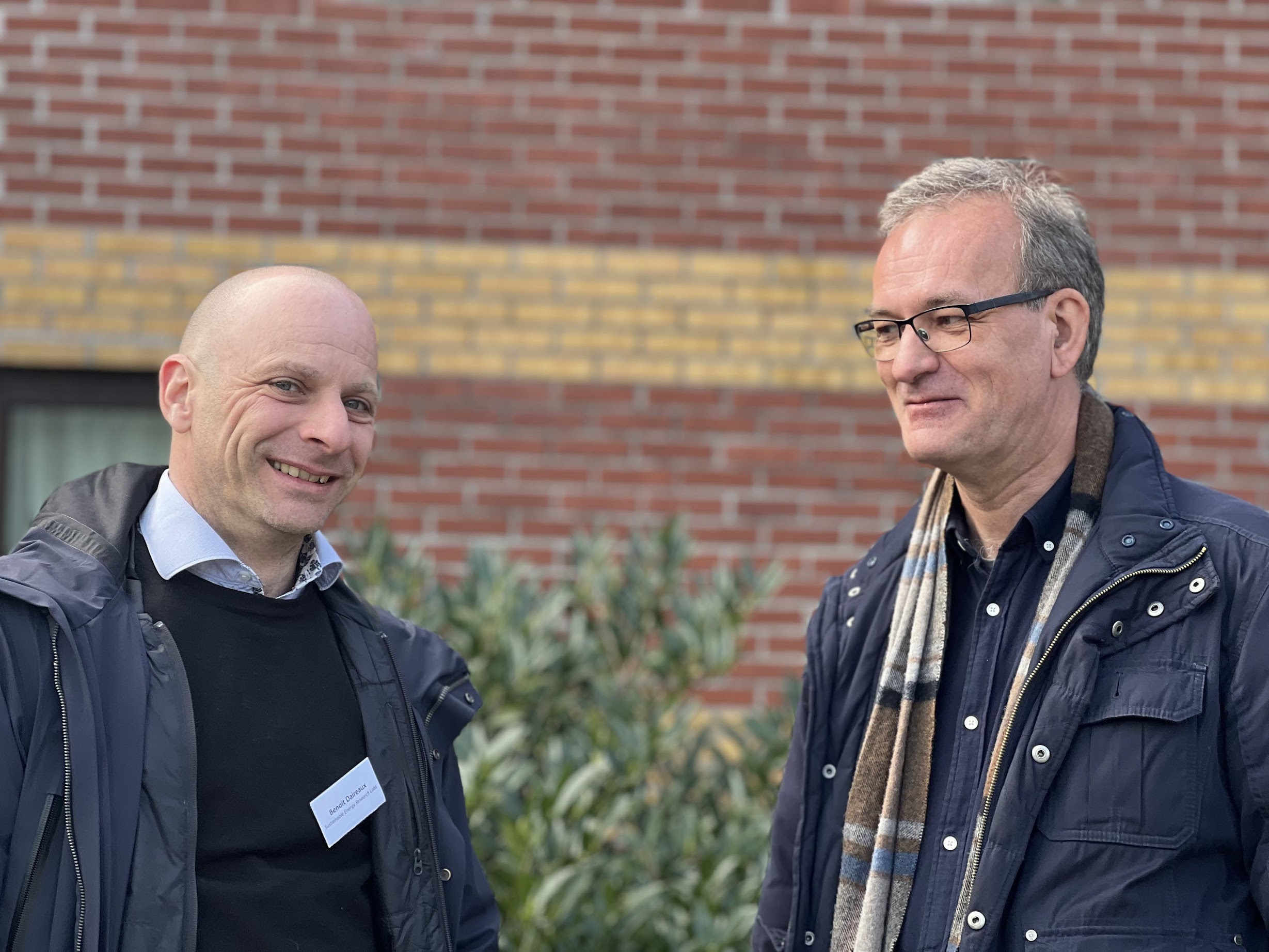 DDQUD and DigiWells epic DDHub+ benefit greatly from each other. The DDQUD has followed a method to identify topics that have a value for the industry by collecting “user stories”. A “user story” can help software teams organize their understanding of the system and its context. Furthermore, a “user story” can be studied in more details resulting in several “use cases”. A “use case” is a list of actions or event steps typically defining the interactions between a role (human or software) and a system to achieve a goal. For the Epic DDHub+ the highest ranked “user story” has been studied more closely resulting in 17 “use cases”. Each of those “use cases” have been detailed and illustrated, then they have been described more formally using Semantic Graphs.

Both the Open Group OSDU (Open Subsurface Data Universe) and D-WIS (Drilling and Well Interoperability Standard) are international organizations with many participants from the industry focusing on standardization and interoperability.

The mission for the Open Group OSDU Forum is to deliver an Open Source, standards-based, technology-agnostic data platform for the energy industry that stimulates innovation, industrializes data management, and reduces time to market for new solutions.

In 2021 both Cayeux and NORCE Senior Researcher Benoit Daireaux gave educational presentations at events organized by OSDU. Daireaux on “Semantics of Real-Time Drilling Signals” and Cayeux on “Drilling Process Protection”.

An opportunity for DDHub+ is to provide the source code of the developed microservices to OSDU so that service companies can construct software solutions around the proposed concept.

The objective of the D-WIS initiative is to establish recommended practices and standards that enable interoperability between all components, equipment and systems used in oil and gas well construction – regardless of the type or provider. D-WIS well integration is part of OSDU while D-WIS Industry Engagement Group is outside OSDU and focus on interoperability for Rig Operability Systems.

Cayeux and Daireaux are active participating in D-WIS work groups which are very relevant for the focus NORCE has on standardization and interoperability.

You can read more about how Eric Cayeux plays an important role in the work in D-WIS JPT (Journal of Petroleum Technology): https://jpt.spe.org/a-big-question-for-digital-experts-what-is-the-driller-trying-to-do

It can be very useful to have a common understanding of interoperability and the division of their levels.

The D-WIS/OSDU definition of interoperability:

An overview of the levels of interoperability is given in the diagram. The DDHub+ epic is focused on number 5 the organizational level. 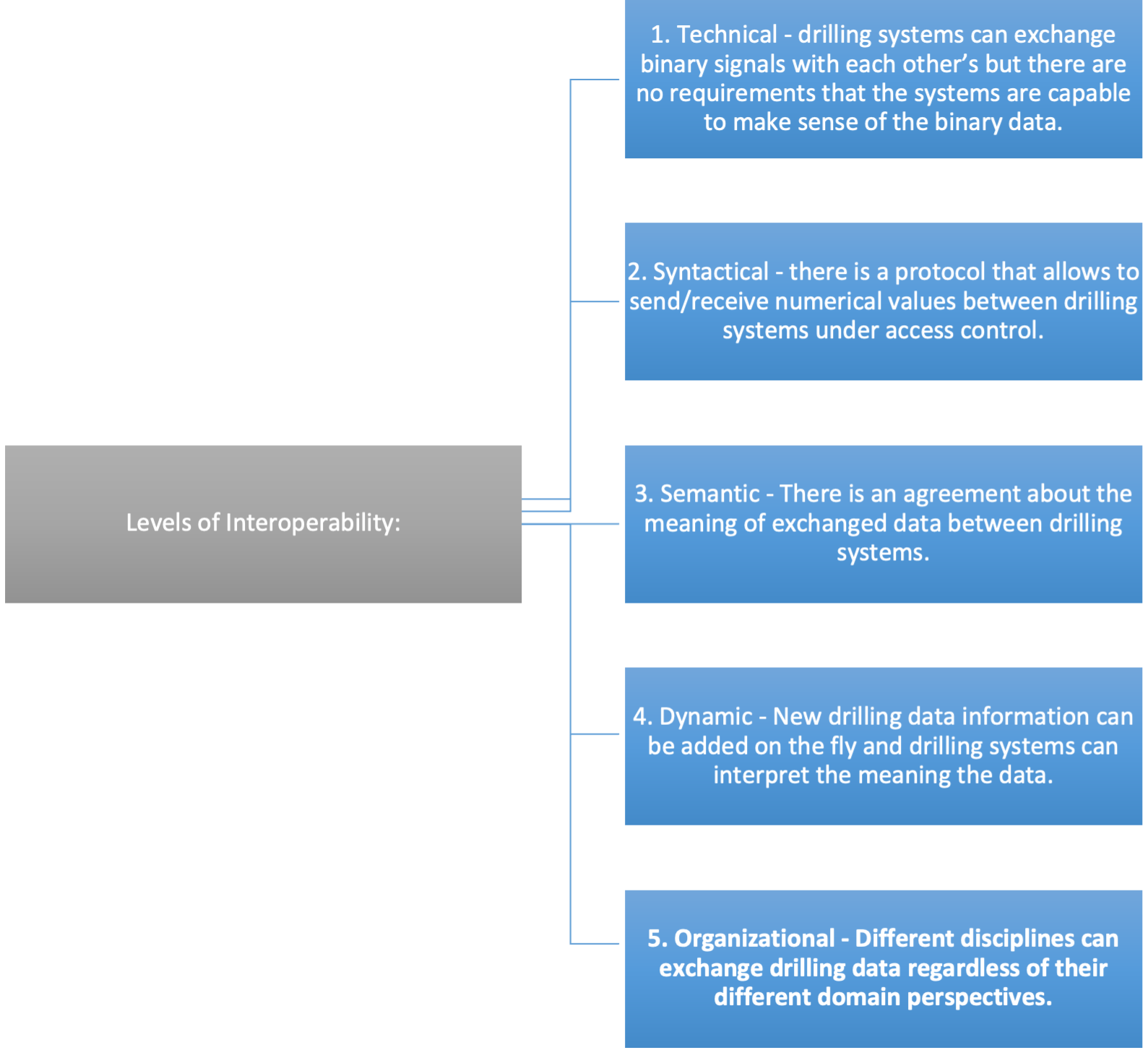 Semantical interoperability standards have been an area where NORCE has been active on for many years. Previously, NORCE led a project, DDHub, that developed a semantical model for real-time drilling data. The semantical model is compatible with the one in DDHub+. As a continuation of DDHub, we have now an associated ongoing Demo 2000 project Drilling System Interoperability Demonstrations (DSID) (project owner: Prediktor, partners: AkerBP, Halliburton, Sekal and Baker Hughes). The goal is to demonstrate interoperability and real-time exchange of data between drilling systems, encompassing automation, monitoring or analysis systems.

DHUB and DSID focus on real-time drilling data and levels no. 1 to 4 in the diagram showing the different levels of interoperability.